Have the Courage to Get Way Out of the Box

Weird is often where the diamonds hide.

Often the ideas we come up with aren’t very useful simply because they don’t go far enough. One of the best ways to get good ideas is to get wild ideas. Ad Exec, Alex Osborne, credited with inventing brainstorming, always encouraged his staff to generate outlandish ideas. He’d often say that it was easier to tame a wild idea than invigorate one that had no life to begin with.

Time and time again, working with clients, I’ve observed that the very best ideas are often the ones that would normally be rejected at first blush because they appear foolish, abrasive, politically incorrect, or just too weird. But weird is often where the diamonds hide.

Several years ago a senior executive — I’ll call him Harry — in one of the country’s largest corporations told me the following story:

Harry loved his job. He loved the business he was in. He loved his company. He had advanced about as high as he could in his profession. He had just one more rung to climb.

But Harry had a problem. His boss was a year or two younger than he was — so the chances of Harry getting promoted were slim. And it irked him to think he’d probably retire as number two, just shy of his goal.

So Harry brainstormed. He went through all the regular, “sane” ideas (look for a new job in the company, go to a head hunter, work incredibly hard, etc). None held much promise. Once he’d run out of sane ideas, he moved to what I call third-third ideas, where the wild and crazy ideas live.

One of the ideas he came up with was “Kill my boss!” Now this isn’t politically correct, and it certainly isn’t legal. Besides, Harry actually liked his boss.

Most of us immediately discard ideas like this, but in Think Better, I recommend plumbing “unacceptable” ideas for their hidden value. One of the thinking tools I use is called What’s UP? (the UP stands for Underlying Principle). So what’s the underlying principle behind “Kill my boss?” Well obviously, it’s to get rid of him in some way.

Could Harry sabotage the boss somehow, make him sick, get him fired? None of those answers seemed useful. In what other ways could he “remove” his boss?

In the end, Harry thought of a truly brilliant idea. He wrote the best resume he could and sent it to a head hunter. But the resume wasn’t Harry’s. It was his boss’s. The head hunter was impressed, contacted the boss, and put him in line for a fantastic job at another company.

With his boss out of the way, Harry got the job of his dreams.

Tim teaches productive thinking in business schools throughout the US, Canada, Chile, and Australia.… 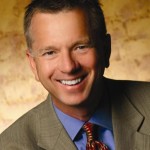 4 Keys to Achieving Your Goals A Decade in the Making: What’s On Your Horizon?